Never-mind the anniversary of the movie, but instead we should be celebrating a different kind of BTTF, and this is one of abundant water.

I am in Las Vegas this week, and the last time I was here, about 7 weeks ago, it rained a good deal. this week, it rained again, and yesterday while I was looking at some water problems in mines in the Eldorado Valley area, a deluge heaped upon me while I was passing through Oatman, Arizona. I actually had to hurry out there for fear of the roads out becoming flooded.If you have been paying attention to the news, Northern California has been clobbered with rain, and in addition, the El Nino we have touched on continues to mature and promises to bring a tremendous amount of water to the portion of the US that is suffering drought.

Isn’t it amazing? For all the worry over climate change, global warming and the planet dying, just like a good burp after a cold beer, Mother Nature is about to spray water and heal those parts of her geography that really need it.

For the climatologist, this is a kick in the family jewels, for it is going to throw off all their predictions and graphs. Simply stated, if over a 100 year period you are claiming man has changed the climate and the drought is a prime example, but then in one-felled swoop that drought becomes tidal water flow, your science, as much of climatology is, gets exposed as science fiction.

Instead of preparing based on what we know the Earth always does and always will do, we let our pomp and self importance convinces us that the planet needs us to survive. 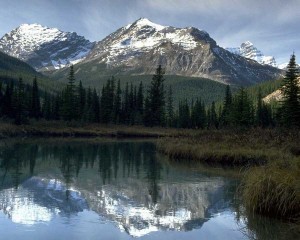 The result? Instead of man being prepared to save and cherish every single drop of water mother nature is going to give to us, the scientific community again emerges as buffoons, leaving California
unprepared for what real scientists, always knew would come.

So come with me; Back to the Future. We are about to reset the drought clock back to the time of abundant water supplies.