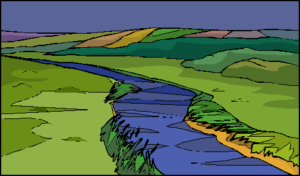 Recently a friend of ours bragged about his 2-week camping trip that allowed him to become an expert on portable water treatment. And here I am with a degree in Biology and 35 years experience, still learning about water. Boy, you can imagine how stupid I felt when I realized that instead of all that hard work I could have just gone camping for a couple weeks to become a water expert. D’uh.

All kidding aside, are these portable, outdoor-oriented water purification products really safe and effective? Well, yes and no. It all depends on the incoming water quality, what happens to the water after it is treated, and of course the medical/physical condition of the person drinking the water. In an earlier article, we learned that there are 4 basic types of water contaminants, Organic and Inorganic. Either may be dissolved or undissolved.

So let’s break it down. There are Four (4) basic types of outdoor drinking-water purifying products.

There are two caveats to be aware of:

I think it is far better to have some of these types of water filtration products in your backpack, but carrying a bit of chlorine in a dropper bottle to further sanitize and keep bacteria free the water that you have filtered for drinking. I have included links to some former articles on these exact topics.

HOW MUCH CHLORINE DOES IT TAKE TO MAKE WATER SAFE TO DRINK?

THE FOUR TYPES OF WATER CONTAMINANTS