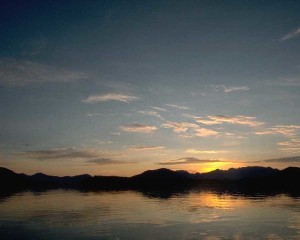 In Part 3 we talked about the in’s and outs of boiling water to get rid of live organisms. The good news was, boiling kills living water organisms. The bad news, kind of, is that the dead stuff is still in your water, and unless you filter the boiled water, you are going to drink the dead stuff. But what about harmful chemical contaminants? What does boiling do to them?

One of the most common chemical contaminants that residents are asked to boil their water over is THMs or Tri-Halo-Methanes. THMs are common in surface water drinking sources, i.e. lakes, rivers and streams.

When bacteria decompose organic matter, methane gas is produced. In surface waters, organic matter comes from bacteria, algae, fungi, fish, weeds, deal leaves, food water, dead animals and a whole host of other sources. Unfortunately, because municipalities have to use chlorine to sanitize our drinking water, the methane, and chlorine (a halogen, hence the “halo” designation) combine to form THMs. THMs are classified as precursors to cancer, and science believes that drinking them over a long period of time increases the risk of contracting cancer.

The good news is that boiling water causes THMs to evaporate out of the water, and in this case leaves no bad contaminants behind. When we go back to talking about distillation, remember this THM conversation.