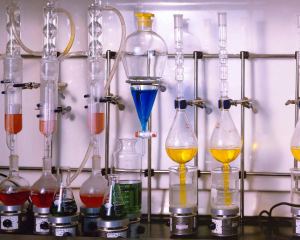 So, we talked about how boiling water can make it safer to drink. But did you know that boiling water can actually make your water not safe to drink? It may seem silly, and in all honesty the possibility of you harming yourself by drinking water that has been boiled is low, but, it can happen, and it is something everyone should understand.

I intend to cover this in greater detail when I begin posting about distillation, but here is an important physical property about boiling any liquid that you should know about. When water reaches its boiling point, it evaporates as steam. The reason distilled water is so pure is that the steam only contains water, the contaminants are left behind.

The chemistry of water is fascinating and it is as complicated as any chemistry you will ever study. Because we drink it, cook with it, swim and bathe in it, it is perhaps the most crucial chemistry we will ever sturdy. Just be cognizant of the fact the boiling doesn’t always make water safer, and in some circumstances can make water worse.