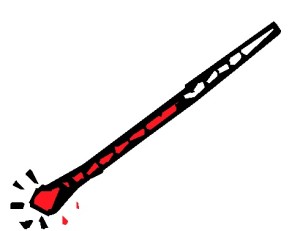 I will be moving on to a series about water purity, and later on when I delve into distillation we will revisit a little bit about boiling water. I hope that you found this series entertaining. As always I cherish and invite any questions about water that pop into your brain.

In the meantime, I will leave you with one final scientific fact and physical property about water.

Did you ever stop to ask yourself how it is that recipes and directions for foods we boil; like pasta, soups, eggs and pre-packaged vegetables are so accurate? If we follow directions, never is our food scalded, burned, over cooked or under-cooked?

How can this be? Surely we have had food disasters with oven, microwave and even grill cooking. But food prepared in boiling water? Why is it so perfect all the time?

Simply stated it is because no matter what we do to water, no matter where we live, no matter how high or how low our flame is turned up, boiling water temperature can go no higher, and no lower than 212 degrees Fahrenheit. Later on, when we talk about distillation, we will explain boiling properties, but for now, try it yourself.  Make a pot of boiling water and immerse a food thermometer about half way into the water. Regardless of where your flame is set, if the water is boiling, it will remain at 212 degrees without fluctuation.