If you search Memphis Water in this blog you will find articles that describe it as one of the best naturally occurring waters in the world. On many occasions, including just this past weekend I was asked by some would-be investors to consult with them on their intentions to bottle and sell Memphis Water. One would think that for all my bragging on Memphis Water, it would be a natural to take the bottled water market by storm, especially given this day and age of municipal water contamination.

This is yet another example where the high passion for water combined with a lack of technical understanding of water, leads to business ideas that are, pardon the pun, all wet.

So what is wrong with bottling and selling this great Memphis Water? After all, don’t a lot of companies already bottle and sell quite profitably natural waters that occur in select locations all across the land? Yep, they do. For instance, Starkey Spring Water™ is a delicious, naturally occurring water that flows to the surface, under geothermal pressure through cracks and fissures in the Imnaha Basalt, located in the Idaho mountains. As it bubbles up it contains minerals (natural contaminants), is alkaline, and presents contaminant levels of 95 mg/l Sodium, 58.9 parts of silica, also with sulfates, bicarbonates and a Total Dissolved Solid (TDS) level of 360 mg/l. Again, it also tastes quite luscious. 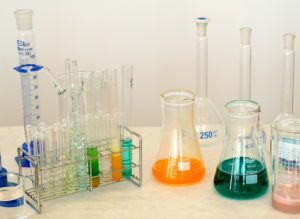 Segue with me now to Memphis Water. Also naturally occurring as an age-old Artesian Well system. Upon examination we find that Memphis Water has far less sodium, less alkalinity, a lack of bicarbonates and only a fraction of the TDS, an average of 40-50 as compared to the Idaho water.

Given this analysis you would think bottling Memphis Water would be a natural crowd pleaser, right? Well, not so fast. One of little known aspects of Memphis Water is that it contains iron. Iron is a very unpleasant tasting contaminant and in addition if bottled right out of the ground, the iron would oxidize and precipitate a brown substance (rust) by the time the bottle hit the grocery store.

Memphis Light Gas and Water (MLGW) must treat Memphis Water with chlorine, aeration and sand filtration before it can be finalized and sent for drinking water. So, in the case of Memphis, it is the utility, not Mother Nature who is largely responsible for the great taste coming out of the tap. 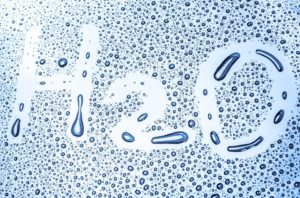 So you see, while Memphis Water is something special, it requires treatment to taste good. One of the reasons natural water bottlers have not come to Memphis is because it is impractical to bottle and sell natural Memphis Water. It would, by regulation, have to list the purification and treatment processes on the bottle. This would defeat the marketing strength of selling a so-called natural water.

Here is another interesting tidbit; During water crises, the city of Memphis has been recognized time-and-time again for sending Memphis Artesian Water to those in need. However, if you read the fine print on the bottle you come to learn that the “natural water” has been completely purified by the process of Deionization and sanitized by Ozonation. In other words, all the minerals, and natural ingredients of Memphis Water, have been totally removed. The water Memphis generously donates, even though labeled as Memphis Water, has no resemblance at all to the Memphis Sand Aquifer Water.

WATER – IT INVOLVES A LOT MORE THAN WHAT MEETS THE EYE