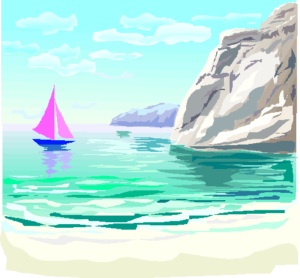 I read an article about Carnival Cruise Lines deliberately polluting the ocean and lying about it. Recently I have become a cruise fan with Norwegian Cruise Lines and with my love for water this really struck me as a terrible and sad story.

Understand, there are times when a ship at sea will have to jettison some liquids for one reason or another. This has always been a fact of life with any sea-faring vessel. In the case of Carnival Cruise Lines, however, they routinely released oil into the ocean and lied about it. Once caught, they were put on probation and fined $40 million. Now, if that wasn’t bad enough, while on probation they have apparently been caught falsifying records about dumping plastic waste into the waters of Alaska. So egregious is their behavior that a Federal judge is considering banning all Carnival ships from docking anywhere in the US.

Consider just how damaging these acts of pollution are. First, our oceans have been polluted. Next, it cost Carnival Cruise Lines $40 million, money that could have gone into improvements, bonuses, hiring, and new technology. Economically, this could cause workers to lose their jobs; By reducing the sales of companies that serve the cruise industry jobs could be lost there as well. Finally, should this ban be enforced, countless businesses that rely on travelers will be greatly reduced, causing yet more loss of jobs and opportunity. All because Carnival does not have a corporate philosophy of doing the right thing.

The article goes on to point out other cruise lines that are also polluting. I am not going to mention them because honestly, the entire account makes me sick to my stomach. You can read the full article by clicking on the blue text below.

WILL WE EVER  BECOME CARETAKERS OF OUR WATER?