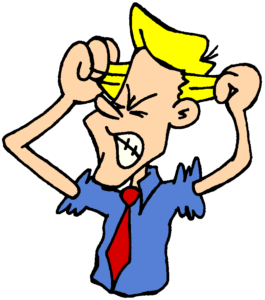 I can think of very little in life that pisses me off more than listening to someone with no scientific education explaining  the “scientific evidence” that supports their beliefs. Social Media, the Mainstream Media, and Liberals have combined to not only bastardize science, but literally to convince every day readers that they are now experts in it.

Starting almost two years ago, I was removed 3 times from Facebook for pointing out very accurately the various reasons why masks, vaccines, and social distancing would not curb SARS-Cov2. I illuminated how it DOES get transported in air and why it will live in air, and how it would inoculate our HVAC systems, why vaccines would miss the mark, and why cases would not taper off until enough of the population got infected. Looking back, every one of my contrary opinions have been proven to be correct.

Today, bastardized information pushes the illegitimate concepts of man-made climate change, green-renewable energy, the origin of the universe and life on other planets. For some reason, people need to believe in apocalyptic events. This is the perfect storm for the perpetuation of misinformation packaged and labeled as science.

Dark Matter is the latest scientific manure to hit the news.

The concept of Dark Matter is something that was created to fill in the many unexplainable gaping holes in Einstein’s Theory Of Gravity. I have the belief in Dark Matter since first learning about it in college physics classes over thirty years ago.

” BUT TOM…..Academic scientists disagree! Academians have published libraries of volumes on Dark Matter.” “Tom, how could they be wrong, and you be right? ”

Well, just this past week, the scientists have all greed with yours truly, admitting that Dark Matter doesn’t exist. However, in a continued effort to make Einstein’s idiotic Theory Of Gravity work, the scientific community now says that there is a new, as-yet-undiscovered form of gravity that explains these hallucinations.

For those not aware, no Theory of Gravity has ever been proven. When examining very large things such as astronomical phenomena, or the very small phenomena of Quantum Physics, Einstein falls flat on his ass. Yes, if you jump off a building you will fall. However, this does not prove gravity exists, it merely demonstrates a property of Earth that we attribute to gravity, but still cannot prove.

Abandoning the idiotic idea of Dark Matter and replacing it with yet another idiotic idea of something else that has never been observed, experienced, or reproduced. And this you see, is what citizens are lead to believe is science.