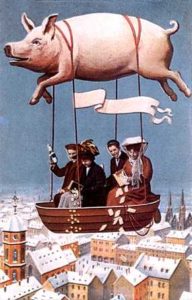 The Media – By controlling the flow of information to the public, the public only learns about the positions favored by the media. I doubt that anyone reading can ever cite a single episode where the media presented scientists who contradicted man made climate change. The narratives of demonizing fossil fuels, promoting garbage “renewable” technologies with blowhard politicians and CEOs stepping up to save the Earth were so intellectually orgasmic to the scientifically depleted, the rush to jump on board the climate train overwhelmed any objective scientific debate and anyone not falling in line became known as a denier.

Our Government – Again, mesmerized by the thought of being a leading voice in saving the Earth, government immediately began funneling grant money to any Tom, Dick and Harry who put forward a proposal to fortify climate change nonsense. Can anyone cite a researcher who did not believe in man made climate change receiving huge government grants? Of course not. 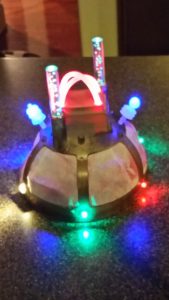 Studies and Data – Nincompoops, and God knows I have worked with my share of them, lacking any training or experience in science, actually believe that data and scientific studies constitute science. Nothing could be further from the truth. When someone tells you that they can show you the data or that “the data shows”, rest assured, you are talking to a flipping moron of the greatest magnitude. Data demonstrates nothing. Data proves nothing. Data is merely a collection of information. It is the analysis, testing, and tearing data down to its fundamentals that enables science to advance. Ten different scientists can have ten different interpretations of data, and all ten of them might be nonsense. It is only when data is shared openly and the interpretations strike common chords with scientists of all persuasions that it can be accepted as being scientifically valid.

The same nincompoops believe that citing a study, or even a thousand studies is providing scientific proof and validity. Again, a study is nothing more than one person’s conclusions after examining the parameters that fit his particular goals, and sadly, agenda. In my world, the world of science, too many college professors are incompetent paid hacks driven more by their ego than scientific honor, but I digress. 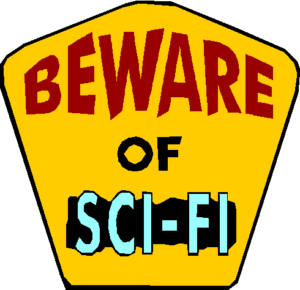 The horrific products Thalidomide, DDT, Fluoride, Cigarettes, Asbestos, and even the beloved non-stick cookware which today has polluted our environment with carcinogenic PFAs chemicals, were all taken to market backed by the funded research of countless  respected university professors. The nincompoops who maintain Anthropogenic Climate Change (ACC) is real science are clones of the underachieving university geniuses who assured us so many things we know as toxic today were safe. I promise you, a study is not worth the paper it is written on unless it has withstood the most aggressive and even vicious challenges by contrary scientists.

The studies supporting man-made climate change have never been subject to such scrutiny because they will all, every last one of them, fail at such scrutiny.

Can you imagine giving a sick child a drug deemed safe, only to find out that every expert voice who found the drug to be dangerous was labeled a denier and not allowed to bring his studies to be heard? If it was discovered that a pharmaceutical company achieved FDA approval by squashing such contrary voices, those responsible for bringing that drug to market would likely be arrested for felonious behavior. But you see, this is exactly how this nonsense called ACC came to be accepted as science.

ANTHROPOGENIC CLIMATE CHANGE IS NOT SCIENCE!

ANTHROPOGENIC CLIMATE CHANGE IS THE ABSENCE OF SCIENCE!