Before we try to remove PCE, let’s find out what the hell it is.

PCE is an acronym for Perchloroethylene, also know as Tetrachloroethylene. This is a product commonly used as dry-cleaning fluid. It has a pleasant, almost sweet smell but is known to attack the liver, intensify Parkinson’s disease, and is suspected of causing cancer. PCE is a nasty, toxic contaminant and there are good reasons to be concerned about it.

Removing it from water can be accomplished in several ways depending on if you are a residential customer or an industrial user. In the home, Granulated Activated Carbon filters (GAC) can remove the PCE, but the amount of contact time the water spends on the carbon must be greatly increased over the contact time for simple contaminants like chlorine. That means, if you have a faucet filter, you have to back off on the flow coming out of the faucet, you have to give the GAC time to remove the PCE. Without onsite analytical equipment, there is really no way for a consumer to know if the PCE is being removed, and to what extent.

Reverse Osmosis (RO) will remove 98 – 99% of PCE. However, depending on the concentration coming into the RO, the 1 -2 % of contaminant that is not removed may still be high enough in concentration to cause health issues. Again, without analytical equipment onsite, there is no way to know if the water is safe. I would also advise not using RO for one simple reason. The RO does not destroy the PCE, it merely concentrates it into a waste stream. Then it sends the same amount of PCE into the drain, where it can get back into the environment and continue its toxic assault on us. 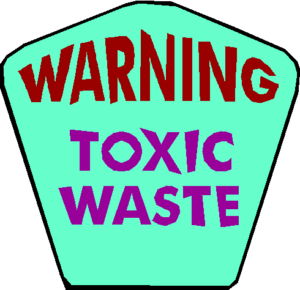 The Safe Water Drinking Act calls for a maximum level of PCE of 0.005 mg/l. The first step one should take before purchasing filtration equipment to remove PCE is to consult with the local water authority and EPA. Find out how much PCE is in the water, how it got there, and what is the plan to eliminate it. Once you know that, then you can consider water filtration options if you even need them.

Let me leave you with a Tommy V Water Tip:

THE PLANT CHEMIST AT YOUR WATER AUTHORITY KNOWS MORE ABOUT WATER THAN YOUR DIY SALESMAN!