Recently, many residents in the city of Germantown, Tennessee complained that their water had a blue tint to it. Clearly, this is not normal and an alert appropriately went off. Bravo for the alert, but not for allowing the contamination in the first place.

Blue tinted tap water can have one of just a few causes. The three most probable would be:

This municipality does not rely on Permanganate and sufficiently chlorinates the water to virtually eliminate algae problems. Also, since the source water comes from the ground and not from the surface, algae is unlikely, to begin with.

There is only one way for copper to get into drinking water and that is by the pH of the water being allowed to go acidic, which is to say, a pH of less than 7.0. 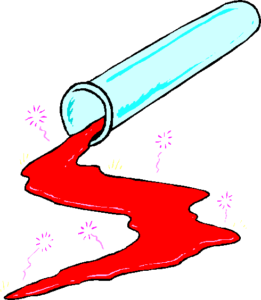 Acidic water will dissolve (corrode) copper causing the metal to be released into the flowing water. Municipalities are required by the EPA to produce non-corrosive water, and as a safeguard, they also inject a phosphate product to coat the inside of pipes and help reduce the potential of toxic metals leaching into the water. It was acidic water that caused the continuing lead problem that residents in Flint, Michigan are experiencing.

Dangerously, people have been lead to believe that once the water chemistry has been corrected, a simple line flushing will return everyone to safe tap water. This may, in some instances be true, but a water correction itself is not necessarily a solution to poisoned water.

To properly protect consumers it is mandatory to understand more clearly, the science of what goes on in a piping network. I have included a pdf presentation at the end of this article to raise life-saving water details that are often overlooked. The Cliffs’ notes explanation follows.

By nature, copper is a difficult metal to passivate. Its’ natural property is to corrode. The best-known way to passivate copper, that is to say, make it resistant to corrosion, is by exposing it to the elements for a month before installing it. The patina or oxidation that builds upon the copper actually lines the pipe and helps keep metal from leaching out. In addition, there is a chemical process that can be performed to help passivate copper before it is installed. 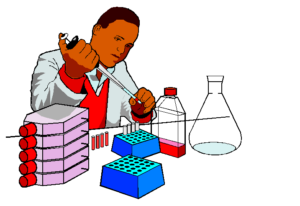 Also, over time, more so in areas that have hard water, calcium scale will accumulate inside the pipe yielding the most protection that the consumer can ever have.

Sadly, once a municipality allows the water pH to go acidic the copper pipe becomes etched, that is to say, the inside surface area is disrupted and likewise is the build-up of scale. This allows metals to leach into the protective scale and creates a pipe problem that may take decades to passivate, i.e. stop from leaching metals.

It will be interesting to watch the developments with the water in Germantown. Should the majority of the problem be resolved while some residents still experience high levels of copper, you can bet the farm that somewhere near those homes is some pipe and scale that have been made reactive by the pH fluctuations.