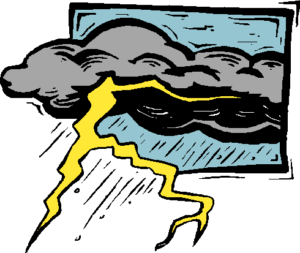 A couple years ago, the “drought” in Southern California was ” so bad” that Governor Brown had to release into the drain, billions of gallons of fresh water from the Folsom Reservoir because the abundant winter rain and snow would have caused reservoir overflow and flooding. So, instead of planning over the past 30 years; instead of building a second reservoir to hold water for the many new citizens, California did nothing.

Segue to the current situation with the Missouri River. The horrible “drought” caused by ample winter snow and spring rains has filled the Gavins Point Dam on the Nebraska-South Dakota so high, that it faces overflowing. As a result the army corp of engineers has ordered billions of gallons of fresh water to be released into the Missouri river.

MISSOURI RIVER HIGHER THAN EVER

Now let’s back up and take a big picture look at this horrible “drought” that Climate Change is bringing to the entire US. The United States Geological Service (USGS) releases a new drought report every Thursday. If you are inclined to follow the state of the Nation’s water supply, the USGS Drought Monitor is a nice resource to fortify your efforts. Interestingly enough, as it is today, only a very few places throughout the entire US are experiencing drought. The rest of our nation seems to be well wet down. So much for global drought.

Finally, we take a look at Las Vegas, my favorite place on Earth. As we speak, Lake Mead is on the rise, and it is 6″ higher than it was this time in 2016, albeit a bit lower than this time last year. However, there is good news in this report because as we speak the great bounty of economic opportunity found in Las Vegas, combined with the mass exodus of people from California has new construction and migration into the city at record highs. That the Lake Mead water level is rising during this period of increased usage is proof positive that we are not at all experiencing drought, and for sure the concept of Man-Made-Climate-Change is fiction, not science.