There is a great and false belief that Green Energy technologies are clean and better for the environment than conventional technologies. The misinformation is perpetuated due to the fact that very few Americans have education in the sciences.

Indeed, to the casual observer, the wind farm or solar panel farm appears without smoke and odors and strikes us as being far gentler than a nasty old coal-fired power plant. But the reality you see lies in science. The total science that is. The science that the casual observer does not see, and does not really understand. It is ignorance of science that allows the Green Energy activist to make great commercial headway, even though the dirty little secret is that Green Energy can pollute even worse than conventional fossil fuel-based processes.

When I say the word metals most people think of things like forks, bumpers, and automobile parts. To the scientist, however, the word metals directs our thinking to the Periodic Table Of Elements. Did you know that elements such as Calcium, Sodium, and Magnesium are metals?

In the manufacturing of solar and wind technology, the electricity generated must be transferred and passed into wire conduits. The electricity which is DC current must be converted into AC current by transformers. Furthermore, the digital controls for these technologies that allow them to operate require circuit boards, batteries, microprocessors, fans, power transformers, electronic components and more conductive metal to pas electricity through.

How does that happen? You guessed it, through the use of metals; metals which conduct electricity. The metals required include copper, lead, aluminum, chromium, silver, germanium, gold, silver and more.

Where do these metals come from? Right again. They come from mining. Mining which rips open the earth; which requires gas guzzling machinery to dig and transport the material; which can and does cause a great disruption to water resources.

In the manufacturing process metals are dissolved in acids and then used in a variety of dipping operations that allows the metals to precipitate precisely out (deposit) onto pre-etched grooves, pathways, and connections on the parts that will go into the Green Technology. Once dipped into acidic metal solutions the residual metals are rinsed off using high-purity water; a process that itself requires petroleum-based products and toxic acids and alkali. once rinsed off the diluted water which bears toxic metals must be treated and released into the environment. 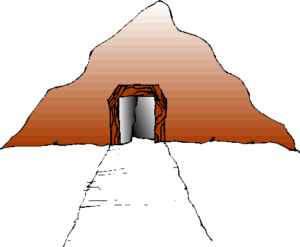 Much of this waste is designated as FOO6 toxic waste and is a growing problem for America. California, for instance, is literally swimming in this stuff and has been known to ship it cross country to other states who are willing to take it as a revenue-generating service.

The takeaway here is that science pretty much tells us that there is no such thing as a 100% efficient machine and that there is no such thing clean manufacturing or clean energy. All mechanical processes generate waste. When one takes a true, all-encompassing view of technologies it is soon discovered that regardless of the process, per KW generated, all technologies pretty much generate the same amount of pollution. The forms in which it appears may be hidden to the casual observer, but Clean Energy is not anywhere as clean as proponents believe or want it to be.