Continuing with the  never-ending conversation about the nutritional benefits of different water, lets answer some questions about hard water versus soft water.

Under most circumstances, for the overwhelming majority of humans, there is absolutely no difference between hard and soft water as it applies to your body, and health.

Nutritionally speaking we don’t gain much nutritional value from water. The concentration of Calcium in Memphis water, for example is about 40 milligrams per liter. Nutritionists claim we need 1200 – 1500 mg of Calcium per day. So what do you think? Are you ready to drink 30 – 40 liters (8 – 10 gallons) of water per day to get your “mineral” benefit? Also remember, not all of the minerals in water are absorbed through the gut, so you might very well have to drink 30 gallons per day to get enough calcium.

This idea of nutritional benefit from water is one of the most idiotic lines of thought ever to be perpetuated by mankind. The benefit from water has to do with the scientific fact that our bodies need water. The other reality is that we don’t now, never have, and never will significantly affect our bodies by choosing hard or soft water.

That said, there is one caveat that comes with drinking soft water and that is the additional sodium found in soft water could be problematic for individuals with medical conditions that require a low sodium diet. 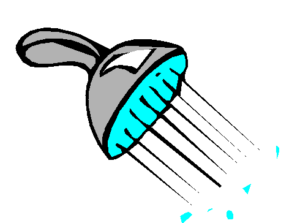 The process of water softening is called ion exchange. Softening resin exchanges 2 parts of sodium for every one part of Calcium it removes. So, if one lives in an area with very hard water (200 mg/l or even higher), a water softener could easily leave one with 400–500 or even more mg/l of sodium in their drinking water.

Fortunately, there is a good engineering solution for those on sodium restricted diets. Use a water softener only on hot water. That way the scale problem found in hot water tanks, shower heads and faucets will be eliminated, while the cold water used for drinking and cooking won’t be sodium concentrated. Calcium is a weird ion, it actually becomes less soluble when it is heated. This is why hot water tanks so often fail due to scale.