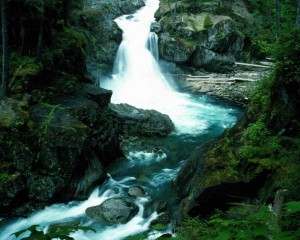 Those who know me, know that I have a high level of contempt for NASA and for Climatologists. As a man of science, on many levels I am enraged and ashamed of what many involved in these conventions are carrying out. Nowhere is my ire drawn more than in the area of water.

The general population has never been well versed in science, and this is nothing new, nor am I being critical. I am just stating a well-accepted fact. The problem this creates is that the average individual, in wanting to what is best for the environment, is really vulnerable to those who pervert science in the name of helping mankind.

So let me tell you my beef:

First, let’s clobber NASA. Recently, the organization made a big stink about finding water that forms in the Martian summer when the ice melts, and then freezes back when the winter comes. NASA is spending a lot of money, time and effort to learn more about water on Mars. 33.9 million miles away; where it means absolutely nothing to any living human being other than the science hobbyist.

Now, realize that people all over the world are suffering disease, thirst, hunger and hopelessness all because of a lack of fresh water. Did you know that a mere 400 miles beneath the Earth’s crust, there is a mineral called ringwoodite that stores as much water as 3 – 4 times the amount held in our oceans.

Read This: Oceans of water locked inside earth!

So think about this! While people right here suffer, with water a mere 400 miles away, NASA is fooling around with water that is almost 34 million miles away. Should I be mad? You tell me.

Now let’s take the ol’ ballpeen hammer to the collective knees of the world’s climatologists. As the US West experiences more rain, as California braces itself for the record rains that are about to come from the next El Nino, these so called “scientists” continue to argue about climate change; something far too immense for man to ever understand, affect or alter. You would think that these knuckleheads would be instead tracking, documenting and studying the always-repeating, always-returning hurricanes, El Nino’s and deluges that bring plentiful water back to those who need it.

Instead of harvesting what is right here, in front of us, a shamefully huge group of “scientists” are too busy playing fortune teller, doomsday prognosticator and outer space explorer.

How sad is it that nature has provided such a bounty of water, and so many of those who could be working to capture and harvest it, are too busy with personal agendas?