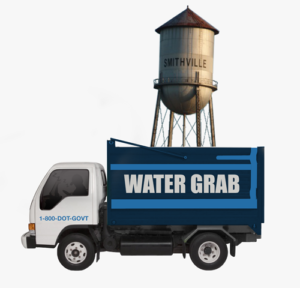 Search my site for the phrase “Water Grab” and you will learn of the single-most dangerous phenomenon that threatens America’s water supplies. Since this article will likely anger some of my colleagues, I will spell the danger out clearly. Water’s worst enemies are activists, albeit well-meaning, who feel that it is their personal calling to PROTECT AND SAVE THE WATER, despite having no real training in water.

The desire to rise up as THE water expert is perhaps more addicting than opium. Because it is our natural instinct to protect our water, and because we are largely uneducated in science, we remain gullible and susceptible to anyone, righteous or otherwise who stands up and proclaims ” I WANT TO PROTECT OUR WATER“. Sadly, water today gets kicked around like a beach ball at a rock concert. There is no plan. There are only excited audience members stepping forward at a frenzied pace to take their turn at kicking the ball.

Nowhere in America is there more potential for a great water system to be be lead down the wrong path than right here in my hometown of Memphis, TN.

A few years ago a visionary Mayor named A.C.Wharton saw the need to provide leadership and a unified plan for the 99.8 trillion gallon aquifer that provides perhaps the best tap water in the world to its citizens. Wharton recognized the need to protect the water as well as capitalize on the many economic benefits that it can provide. The Blue Stream Task Force was assembled with leaders from every aspect of the community. I was appointed for my expertise in water quality and manufacturing know-how.

This Task Force came out of the gate hitting on all cylinders with work, recommendations and solutions introduced for guiding our water behavior. Sadly the Task Force has never been presented to the public. Adding to the fizzle, local government has failed to embrace and promote the group. The shame is that all the hard work that has gone into safeguarding Memphis water has gained absolutely no recognition in the community. The information people are searching for is already available, however leaders have chosen to let it collect dust.

One example of just how much confusion the lack of water education can cause is displayed in the recent furor over TVA drilling new wells. Despite overwhelming scientific evidence demonstrating that new wells represent no more risk than any other existing well, the local media continues to be inundated with emotional protests and pleas to not only stop well drilling, but to also join a “sky-is-falling” apocalyptic march to SAVE OUR WATER. 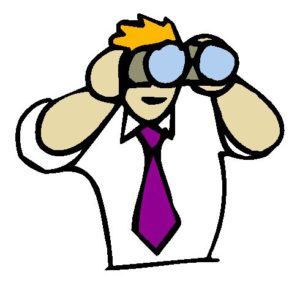 In the meantime, two local state senators have stepped forward to introduce new legislation to create some kind of a regional water board. The spirit is there, but this approach is not a good one. The Memphis Sand Aquifer spans parts of TN, AR and MS, and Mississippi already has a lawsuit pending in the SCOTUS claiming that Tennessee is stealing their water. Why in the world would Memphis want other communities weighing in on their own water? Considering the extreme competition communities endure to attract new industry and construction, it is almost suicidal to invite neighboring communities to have a say in your cities development and success. That is exactly what the regional approach to water will bring.

The saddest part to me here in Memphis, is that when any of our so-called leaders are interviewed in the media about water, they do a great job of promoting themselves as SAVIORS OF WATER, but nobody seems to want to mention that the task force put together by A.C. Wharton is already at work addressing these very important issues. What is taking place right now in Memphis, with regards to water is not good. Instead of putting water first, a lot of folks are grabbing on to the rope, making this a big tug of war in order to gain personal recognition as a water expert.

For the nation’s water to have a sustainable future, it requires leadership, a unified voice from the science, governmental and citizen sectors. The haphazard practice of various individuals, mostly with no water education, coming forward to lead yet another charge is indeed a kiss of death for any water supply, and it must stop.

If you are interested in observing the proper way to harvest, protect and benefit from local water resources, I recommend highly that you check out El Paso Water. In my opinion, this is the best combined community effort to promote and protect water in the US. It is a model for how we should treat our water.