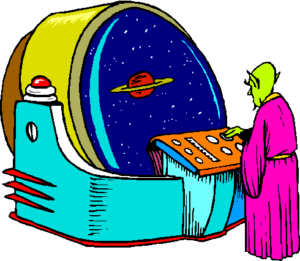 Into this group, we can include China, Russia and anyone else who should happen delve into their own Space Program.

Elsewhere in this blog, I wrote about how man continues to pollute our outer atmosphere with mega-tons of rocket and satellite debris, and how this growing junkyard is increasingly jeopardizing not only future space exploration but also our way of life and all the GPS and phone technology that we depend on so dearly. (Link at page bottom)

We need to think about this several steps further. NASA is so glorified by America that it is seldom if ever held to the same standards that corporations or even you are I are held to. Think about it; Every university science professor wants to save the planet, but none that I know of is studying what the effect on our planet is of constantly reducing its mass by sending more and more of our resources into space.

And who gives these entities the right to take precious resources away from our planet? Climate change is a reality, and sadly the science community remains blind to doing real research to find out what is causing. Damn it the rest of our evidence, it is CO² that is the cause and you will be ruined if you dare to say otherwise. But what if it is something else causing this change? After all, our space programs have done something nature has never done to the planet; decrease its’ mass.

People are so intoxicated by the Hollywood-inspired fetish of a dying-Earth that otherwise educated people actually think that one day man is going to live on another planet. How idiotic is this? Imagine you are on vacation in Las Vegas. You have booked a magnificent Villa at Caesars Palace. It has everything, including a butler, an indoor pool, a panoramic view of the strip, great food, drinks, service, and amenities. Then, in the middle of a relaxing evening, someone says, “hey, room service may not get this place cleaned up so lets book a skid row flophouse hotel room just in case.” This is our stupidity on full display. We have a wonderful home with the bounty of life as far as the eye can see, but instead of making it better for everyone, we want to go to a slum, like Mars.

We are so in love with the idea of a dying Earth that we again ignore reality. We cling to our fetish and gloss over the entire picture of science. Our academic science leaders have come to be science fiction buffoons no longer capable of wisdom and vision.

So far, our endeavors into space have produced absolutely no value to mankind, other than the invention of memory foam, and the creation of stories to expand the fantasy of our imagination. Space has cured no disease, solved no climate problems, uncovered no new farming techniques, or otherwise created a single thing that you and I can step back and say, “wow, my life is better because of the Space Program.” Meanwhile, this fetish depletes the Earth of mass and continues to grow a dangerous junkyard orbiting the planet.

Do you see the failure of our scientists? Much of the world is running out of water. Why? Because like idiots we, you and me, have overpopulated water-scarce geography and failed to build proper storage infrastructure to account for normal variances in rainfall. BUT BUT BUT…….BUT NOW…..NOW…we are concerned about water. Space? It’s the same damned thing. Let’s cling to an apocalypse fetish and completely ignore the science of what we are actually doing.