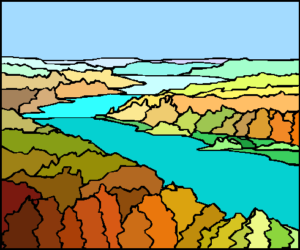 Attached at the end of this article is a curious article about the President’s recent visit to Lake Okeechobee in the great state of Florida. The President, motivated by requests from the past and present governor visited the lake to announce the allocation of $63 million dollars for the repair of a life protecting dike, more than 100 miles long.

So here is the deal. This dike has been in disrepair for a long time. Let’s say that $63 million isn’t enough, for sure it is better than the $0 million that the last guy allocated; especially when the last guy allocated $800 trillion for infrastructure projects…..Obama said there were no shovel-ready projects? D’uh…….here is one that has been needing attention for years.

Now don’t get me wrong, there is no bigger proponent than me for spending money on water infrastructure. However, as the President has demonstrated on multiple projects already, work can be done for a hell of a lot less than lawmakers have been asking for and spending before.

Those complaining that they didn’t get $200 million remind of the kid who gets 20 presents for Christmas and then throws a tantrum when the last gift is opened. I never saw where the President said he wasn’t spending more for Florida water, only that he came to check off a greatly needed project that was ignored by those who came before him. Let’s celebrate a much needed and now funded water project, and see what happens next.