This question is vague but still very interesting. It teaches a very good lesson that sometimes what we think is good community logic  winds up failing miserably when the principles of economics, engineering, and science are applied.

The reader’s question implies that that the reason cities issue boil alerts is because they are losing electricity. I don’t understand this logic, but as a scientific exercise let us assume this to be a true scenario and then let us analyze why municipal water providers may not have such intense back-up capability.

First off, back-up generators capable of providing enough electricity to pump water up into the towers/out to residents would be immense and expensive, likely into the several hundred millions of dollars.

Where would that money come from? Would we be willing to pay, say, $1,000 more per year in taxes to build and maintain this equipment? 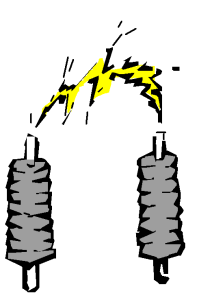 Also, given that we probably only have one or two boil alerts every year, it would be foolish to spend these $millions on generators that might only be needed 24 – 48 hours per year.

Finally, how would these back-up generators be powered? It would require massive amounts of fossil fuel/natural gas to power this equipment. How is that paid for? Where are the storage tanks built and located? How time consuming and costly would the permitting be? What would be the citizen acceptance of massive storage tanks of explosive fuel in their communities?

Municipal engineers as a whole are pretty smart cookies. They design systems incorporating water towers and just enough back up power to keep us supplied with safe drinking water around the clock. When upsets do occur,  boil alerts make the best sense.