Water is amazing and we love it. We love to drink it, swim in it, boat in it, fish in it and watch it dance in fountains. It is so important that NASA considers the presence of water a prerequisite to finding life on other planets. In fact, our own science textbooks tells us that all life emerged from water. 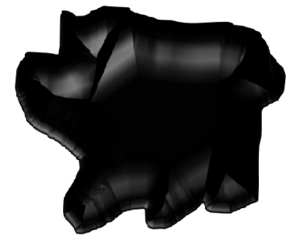 Our fascination with water finds us attentive to stories of water shortage and climate change, and it finds us always open to learning about this wonderful substance. Unfortunately, the scientific nature of water often leaves us unprepared to process many claims others make about water. In our quest to find the perfect water, we often fall prey to charlatans who sell bogus water products marketed as miracle technology.

One such classification of bogus claims come in the form of products made of shungite. If you have not heard of

shungite before, I will give you the low down. Shungite is a carbon based mineraloid found mainly in Russia and Kazakhstan. Like most carbon compounds it was formed via petroleum, pressure and biological activity over thousands of years. Some claim it to be millions of years old.

Like most carbon products, shungite has the ability to remove chlorine, organic debris, sediment, toxic metals and even bacteria, viruses, algae, fungi, and yeast.

Shungite is sold in many forms from simple crushed crystals to solid rocks. It is marketed as everything from a water purification media, to jewelry, to products boasting of the ability to heal disease, mental illness and even help overcome addictions.

The truth of the matter is, shungite can indeed remove toxins from water. Unfortunately, it accomplishes this so slowly that it can actually cause more bacteria, algae, fungi and yeast to grow in water, than it ever takes out. There is no magic here. Shungite is a filtration product that is far less efficient than most currently available conventional filtration technologies.

Shungite isn’t a hoax. Most of those selling it however, are promoting hoaxes.

THERE IS NO MAGIC IN SHUNGITE