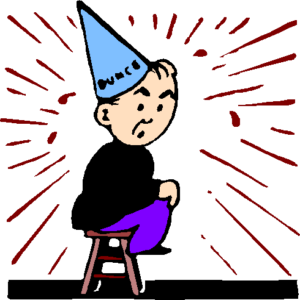 All businesses strive to achieve brand recognition. Mention the word Coke™, Ford™ or Nike™ and the listener immediately recognizes the quality and nature of the brand. How peculiar is it that the water treatment industry has no such brand power?

I was working for Culligan International when US Filter/Dick Heckman purchased it. At the time I remembered thinking to myself, “finally, someone get’s it”. To this very day I shake my head at the sheer stupidity of the executives who were in position to become the Coke™,of the Water Treatment industry, but instead, driven by a combination of arrogance and a lack of water industry understanding, passed on a sure thing.

Make no mistake, the brand Culligan™ always was, and remains the most-recognizable, and most-respected name in the water treatment industry. You can bet your family jewels against a bag of donuts that people from all walks of life still overwhelmingly associate the brand Culligan™ with quality water service above all other brands

Emmett Culligan built his company the way a water super-store should be built. He manufactured in America, trained people and built relationships in Northbrook and encouraged family and friends to open up dealerships and prosper from the water business. He started his company with 50 bucks. No investment bankers, no acquisitions. His vision encompassed helping people to attain a better life through water. Though I never met him, Emmet remains a hero and a water man that I greatly admire.

In the early days of “Hey Culligan Man” the company was known for household water. As time passed, certain dealers became more sophisticated and added commercial and industrial services to their offerings. What Culligan lacked in technical fortification they more than made up with local presence, ethical behavior and dedication to service.

Emmett also prided himself on team work. His dealers and corporate people were a veritable living network of information exchange. In the blink of an eye one dealer would race to the aid of another dealer to satisfy a customer. When one considers the almost comical infighting that went on with the non-homogeneous entities thrown together in the USF/Siemens, GE and now Evoqua clusters, Emmett Culligan emerges light years ahead of the industry.

Over the years however, many involved in the water treatment industry developed a pompous aversion to the brand. To them,  the cry of “Hey Culligan Man”, was unprofessional, cartoon-like and not befitting a professional who would call on important industries.

In any other industry, if investors were able to purchase universal brand recognition, that brand would get pampered, promoted and polished up. I can’t tell you how many self-important chemical industry knuckleheads I encountered over the years who believed themselves to be too good to be a Culligan man. And so it was, Heckman recieved buffoon advice and made the buffoon decision of a lifetime to piss away water industry’s only Gold Standard Brand.

Culligan today reminds me of an on-location Hollywood Western movie set. On the surface, it looks like Dodge City, but it’s just a facade; a reminder of days gone by. To me, the Culligan brand looms as the greatest lost opportunity the water treatment has ever seen.