Everyone talks about water and I don’t believe there is a human being who at least once in their life hasn’t referred to water as H-2- OH, making reference of course to the chemical representation of water which is H2O. Many also know that this designation means that water consists of 2 atoms of Hydrogen and one of oxygen. This jargon has been handed down between generations and we all speak fondly, and comfortably of water in these terms. While this terminology is absolutely 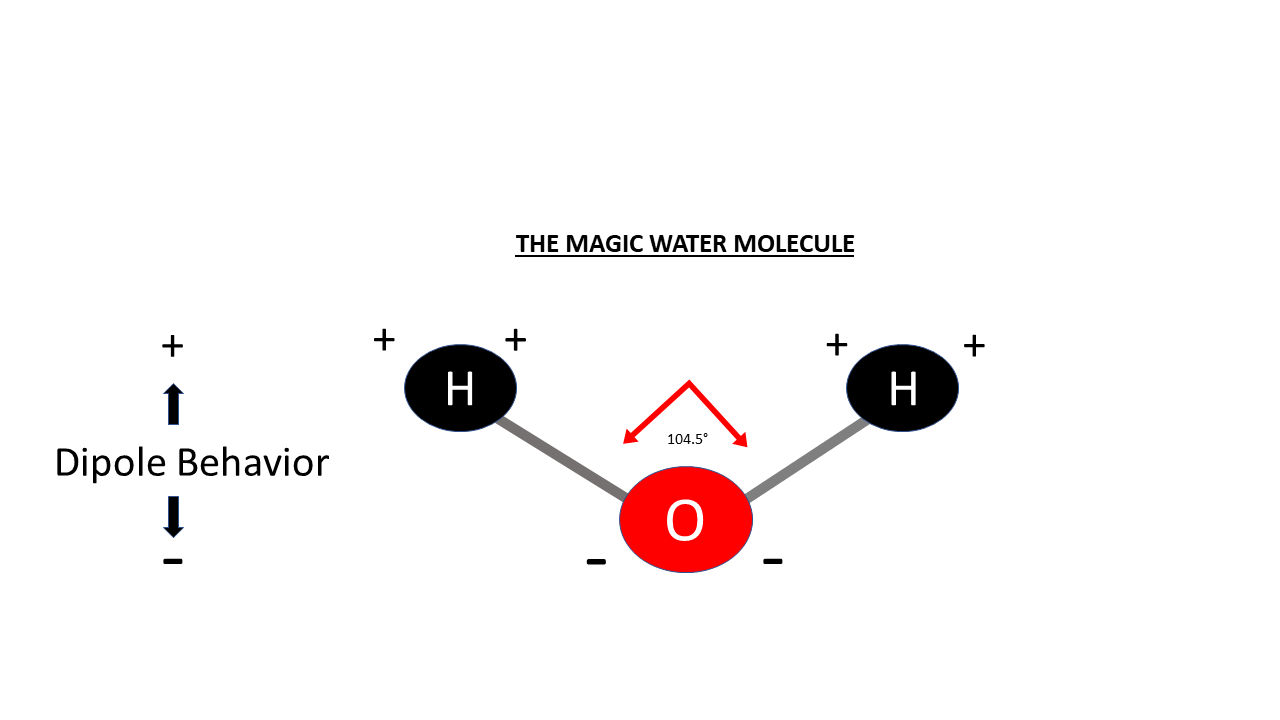 accurate let’s uncover some other scientific stuff about water.

The charged, dipole nature of the water molecule cause it to dissolve many other compounds and materials. For instance, the dipole characteristic allows water to dissolve common table salt, NaCl, into Sodium ions Na+, and Chloride ions Cl-. This characteristic has caused scientists to label water as “The Universal Solvent”, as it dissolves more substances than any other liquid known in the universe. It is for this reason that pure water does not exist anywhere in nature. The moment a pure water droplet forms at the cloud, it begins dissolving everything it comes into contact with, and hence allowing contamination to enter the droplet. This is why lakes and ponds are green and often “yucky.”

The bonds between the oxygen and hydrogen atoms are known as hydrogen bonds. Their extreme strength is responsible for the unparalleled chemical stability of the water molecule. The strength of these bonds is the reason we will never see a propulsion engine that can work on water. Yes, we can break the bonds and make a prototype engine. However, the dirty little secret as that these experiments won’t work in real life because it requires 10 – 100 times more energy to break the hydrogen bonds than the energy released when the bonds are broken.

Finally, water has some unique properties among other liquids. Let’s look at them

One thought on “The Magic Water Molecule”