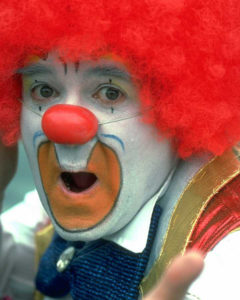 My water journey began in 1981, and my mentors had even deeper roots than that. I witnessed the very birth of the industry we know today. Often to my frustration, many events I speak of, memorialize, and lament usually leave today’s water executive puzzled, clueless or just plain uninterested. I equate this with to trying to explain John Wayne to a Generation Z listener.

Once upon a time, there were three great water service companies. They fueled what I call The Big Bang Of Water. This resulted in the immense and diverse water industry we see today. Those three primordial companies were Continental Water, Arrowhead Industrial Water, and of course the Emmett Culligan-era Culligan Water.

At their roots was the philosophy of service and customer satisfaction. The emphasis on product names, marketing and financial goals, while important, were never spoke of. The leaders of these companies understood that building a reputation in the water industry was a painstakingly long process that happened under the spotlight of a salesman/engineer understanding applications and working to provide solutions. The water industry was built on the belief that doing the right thing, even if it meant not making a sale, in the long-run would ultimately provide a loyal customer base with the reward of repeat business and growth. 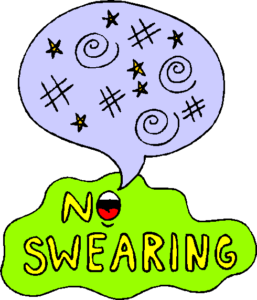 Somewhere in the mid – ’70s however, the industry began to change. Water companies started employing business and finance executives who believed that marketing, distribution, acquisitions, and financial analysis were the secrets to success. By the ’80s it became common place to see major water companies being led by individuals with absolutely no organic water treatment experience; or in my words, #@#%s who only viewed customers as a means to achieve financial goals.

In the mid ’80s, I worked for a regional company called Peck Water Systems. With a small regeneration plant, fortified by products from Kisco, Kinetico, and W.E.T., I eviscerated the account list of Millipore in the Pittsburgh ultra-pure marketplace. A couple decades later, when Dick Heckman’s US Filter acquired Peck, I had the pleasure of listening to some of their leadership #$%&s brag about how they were serving places like Carnegie Mellon University, The University of Pittsburgh, PPG, and many others; all accounts I won for Peck years before. 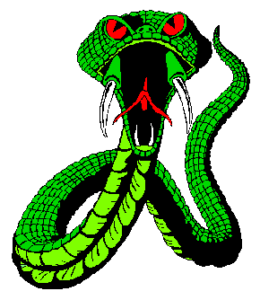 The modern day water executive of course, explains this phenomenon by claiming that “acquisitions are a necessary part of today’s business world”. But this is not true. It is instead a pile of manure spread by failed executives.

But don’t take my word for it, just look at the industry and let it speak for me. Other than pointing to incompetent water leadership, how else can we possibly explain the ongoing trend of multi-national, mega-companies rushing as fast as they can to get out of the water business? Who in their right mind doesn’t want to be in the water business?

I am here to tell you that the modern day water CEO is to water leadership what Barney Fife is to Law Enforcement.

How did this happen, you ask? It’s simple! As water issues have become more critical and publicized, opportunistic executives  have seized opportunities to pimp themselves as the new “Saviors of Water”.

For those who think I am ranting, let me slap you into reality! Our industry is full of thriving, small upstart water companies who regularly eat the lunch of the big guys. These upstarts are usually former employees of the big guys who grew tired of taking marching orders from buffoons and decided to go out on their own.

The guys with boots on the ground built the water industry. They forged the revenue streams that executives gorge on. They built the customer relationships that the industry thrives on. They created all the success, trials-and-tribulations and data points that prop up the modern-day water executive like a puppet with a controlling hand up his ass.

Years ago, the last step in my interview process for a job with Arrowhead Industrial Water was the then CEO; a self-important blowhard from the chemical industry. 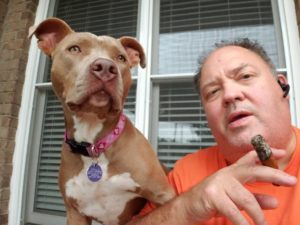 I wound up winning the position but after my interview this CEO told others within the company that he thought I was trying to “bullshit him” when part of my answer as to my ion-exchange experience included metals removal with chelating resin. As soon as I made this statement the CEO insisted that there was no such thing as a chelating resin. No shit? And what? I am supposed to respect this kind of leadership?

Those who know me will tell you that I have insulted, embarrassed and basically put my my foot into the ass of more than one water boss along my 30-year career. I suppose at times it may have cost me a job or a promotion but that horse manure never mattered to me. What did matter to me, and still does, is that not once in my career has a customer rebuked me, spoken poorly of me or refused to let me come back into their facility. You see, THAT, and not the mental masturbation of corporate philosophy or financial goals is what the water industry about. It will always be about that.

Unfortunately, in our industry, all too often, the people that should be leading the charge work in positions where they take directions from the knuckleheads of whom I speak. Again, if you think I am ranting, I ask you to simply read how more and more consumers are drinking poisoned water, more industries are polluting, and more water systems are failing, Great water leadership my ass! The state of the water industry today?

2 thoughts on “The State Of The Water Industry”