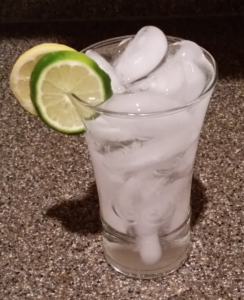 I normally don’t post about election politics, but when presidential politics urinates on my part of the world, that being the world of water, then I feel obliged to respond.

It is no secret that rumors of Hillary Clinton being ill are gaining a lot of momentum, and her recent bouts of health problems in public give total validity that something is not right with her body. If you have read my blog for any length of time you will know that I am always guided by principles of science, mathematics and natural law.

When Hillary first collapsed her campaign claimed she was over-heated and dehydrated. Fair enough. However, as soon as counter-reports pointed out that the day was cool and breezy, Hillary’s campaign shifted to report that the candidate had pneumonia. Fair enough. However, when the counter-reports informed us that her “pneumonia” was mild, the campaign again changed their story and stated that Hillary Clinton refuses to drink water.

Not only is this story bizarre, but it can be exposed as a lie by a countless photos of her drinking water on her campaign, and also, it pretty much admits that Hillary Clinton has serious, life-threatening health issues. First off, take a look at all the photos of Hillary drinking water. Wait, her campaign said she doesn’t drink water? Which is it?

PHOTOS OF HILLARY NOT DRINKING WATER

Then, in an interview with Katie Couric, Hillary credit her stamina with her love for drinking water. Of course, her husband Bill disagrees and claims that Hillary has never liked to drink water.

Okay, so now lets bring in some science. This part really is going to kick Hillary in the gut. Thirst is not something a

human being can control or resist. In medical circles the phenomena of thirst has long been known to be an neural response. It is a result of our evolution and natural, built in preservation biology. When our cells, organs and blood are dehydrated, our body sends out an irresistible response for us to drink. You and I make a choice to drink, this is very true, but we don’t do it unless our body thirsts. Drinking water is not like filling our tank with gas. An engine cannot tell if it is about to run out of fuel or not. Our body can.

This brings us to the worst part, for Hillary about this “Hillary won’t drink water”. If she truly doesn’t drink water, it means that she has a serious health issue amounting to possible pituitary gland failure, or kidney failure. Either way, this is screwed up water science.

She was dehydrated; then she was not; she had pneumonia; but then it was mild pneumonia; next her campaign said she won’t drink water; however, images and video shows that she drinks a lot of water.

Hillary, please leave water out of your fantastical journey!