This post has absolutely nothing to do with water or the environment, but it does have to with how stupid America is growing. A declining aptitude in science and mathematics has the dumbest Americans, imbeciles, believing in things like climate change, clean energy, masks, Covid vaccines and Joe Biden winning the election. This stupidity I have already railed on. 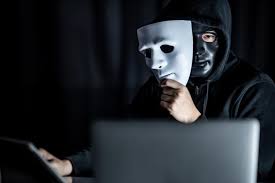 Today’s stupidity however classifies as mondo-bizarro and it is the belief that Tik-Tok is a dangerous social media platform. At the forefront of this stupidity is the belief that the Chinese use Tik Tok  to spy on us and steal our identity. As it turns out, hackers are less likely to address Tik-Tok because it is primarily a video media. Unlike the other social media that are mostly text and message based, a hacker has far less chances to steal identities and can only do such things when imbeciles are stupid enough to accept direct messages and click on links from people they don’t know.

Under the normal operations of Tik-Tok a user’s identity is far safer than a user of FB, Instagram, Pinterest, etc. And think about this you Facebook geniuses, how many times has a friend of yours sent a message that says, “please don’t accept any messages from me because I have been hacked?” I have never received such a message on the TOK.

Remember also that most imbeciles (especially women over 50) think it is cute to put up posts of their grandchildren, vacations, work location, schedules, and neighborhoods. Everything a stalker needs to ruin your life, provided willingly, by you. And you idiots are worried about the Chinese?

Speaking of which, your cell phone comes from China. If the Chinese wanted your personal information, ah, they already have it. You gave them access to everything when you activated your phone.

Don’t be an imbecile. Get Life Lock, Play Tik Tok.