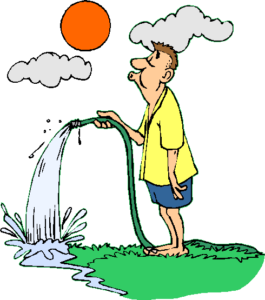 If you have not heard the recent news, President Trump has made water much more available for farmers and citizens in California. In doing so he has placed another variable and a challenge to us in managing our water. We face a critical dilemma of protecting this precious resource versus making sure citizens have an ample supply to live.

We have been told that there has been drought-driven water shortage in California, a shortage caused by the man-made Climate Change. Climate change cannot be ignored, however good water management also demands that we recognize the error of our ways and adjust behaviors that contribute to our water problems.

Over the past decades rainfall and snow melt in California has been above normal. Don’t take my word for it, look at the USGS report. The US had far more, widespread water shortage 20 years ago than it does today. In fact, as we look at the USA today, there is very little drought to be found anywhere, only some spots of dryness, with the majority of the US having abundantly normal rainfall. 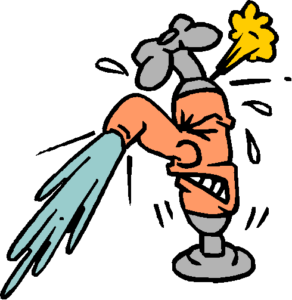 There is no unusual shortage of rainfall in California. There is no proof of increasing or pressing drought in California. Looking at the long-term rainfall characteristics in California one can make a valid scientific argument that rainfall in California has pretty much followed the same path it has been on for quite some time. So what is the point here? We must accept that some part of water problem in California has been self-inflicted and may have nothing to do with the effect of man’s activities on the environment. As California has grown in population, leaders have failed to build additional storage capacity to capture the more than plentiful rains and snow that has blessed California since the beginning of our record keeping. Hence every year it seems the state dumps reportedly up to a trillion gallon of fresh water into the ocean to avoid overflowing the Folsom Reservoir.  The takeaway here is that It is crucial for use to begin making better long-term plans for our water.

IS CALIFORNIA LEADERSHIP PARTLY TO BLAME FOR WATER SHORTAGES?