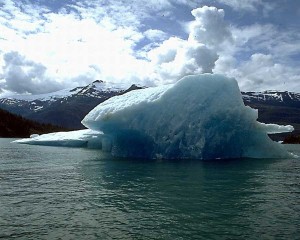 Moving forward let’s talk about dissolved organic contaminants. Once again these are substances that contain carbon, and also go into solution in water. Examples of dissolved organics would be Sodium or Calcium Bicarbonate. The bicarbonate ion (HCO³-) impacts the alkalinity of water. It is also an unusual organic compound because although it is a salt, and behaves like a soluble inorganic salt, the Carbon in the compound classifies it as an organic. Other dissolved organics include sugars and certain light oils. Dissolved organics also include gasses like Carbon Dioxide and Methane.

Some dissolved organics are extremely harmful, and compounds such as trihalomethane (THM) are considered to be precursors to cancer in humans. The list of dissolved organic contaminants is immense, but in keeping with the lesson plan, my hope is to illustrate that water chemistry is a vastly complicated science and the processing of water, whether for drinking, commercial or industrial use is not to be taken lightly.

My hope is that as we move forward, readers will want to know more about water and in so doing will become better stewards and better caretakers of the world’s water. We really owe it to each other to understand the water contaminants that we are all exposed to.