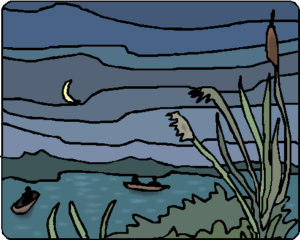 I have written before that the only Global Water Crises are those caused by man. I maintain that there is more water than we know what to do with, or more importantly, more water than we choose to deal with. I wrote 2 years ago that there was no drought problem out West, only a poor water management issue.

So was I right? You tell me. A year ago an El Nino dropped so much precipitation that the Folsom Reservoir had to dump 40% of it’s fresh water, roughly 125 billion gallons to avoid over-filling the reservoir and cause flooding. Can you imagine that? Environmental extremists want us to believe that we have a water crisis, yet these supposed drought-stricken areas have so much water that they are sending it down the drain in massive quantities.

But wait it gets more bizarre. Because of the “drought” caused by Climate Change, the Earth recently dumped 5.7 trillion gallons new, additional precipitation on California. This time, the poorly maintained Oroville dam is failing and nearly 200,000 people have been forced to evacuate their homes for fear of flooding. Again, California is dumping precious water, while lamenting the horrible drought. Read more by clicking the following link.

I am here to tell you, the fetish of man-made climate change is not just a hoax and a perversion of science, it is a criminal act causing man to make very short-sighted and incorrect decisions about water.

Man has continued to build and proliferate his lifestyle around water-rich areas while failing to make investments in new infrastructure. The only water crisis America is that we have not invested in new reservoirs, piping networks, treatment plants, and security measures.

EARTH PROVIDES MORE WATER THAN MAN COULD EVER NEED