One of my favorite news writers is a guy named David Waters. He writes a lot of gentle, heart-felt and well researched columns in our local newspaper, The Commercial Appeal. David and I at times are polar opposites in our political views, but always, there are great, easy and open avenues to have conversations. If the major media had guys like him, oh man, talk about making America great?

A few days ago David wrote an article about the poor residents of Camden, TN who are under assault from the odors and poisons coming out of a nearby land fill. While David didn’t write this as a water article, it has such an underlying and meaningful impact to our water that I had to blog about it.

Recently, I confused and angered some local environmental activists when I poo-poo’d the concern over the TVA drilling wells and using aquifer water to cool a new power plant. After all, I am a water guy, so how could I support the TVA in this? Surely, I am a wolf in sheep’s clothing, pretending to protect water but in reality supporting corporations in abusing our resources! If you consider that I also speak out against solar and wind energy, many have a hard time believing that I am an environmentalist.

The reality however, is that I see water much differently than most. I see a bigger picture with more eminent dangers than things like small wells. David’s article is allowing me to illuminate and clarify my positions. It is no secret; nobody wants land fills near them. Nobody wants ammonia and heavy metal air and water contamination. I sure don’t.

However, we now need to look at the bigger environmental picture. The toxic metals we are talking about are not car bumpers and old refrigerators. The toxic metals are things like lead, chromium, arsenic, copper, cadmium, nickel and chemicals like cyanide. This stuff should not be rampant in our environment. Unchecked, it will leach into our water supplies. This is no small matter.

But where do you imagine the metals are coming from? Well, hold on to your hat. Increasingly they are coming from the manufacturing of solar panels, wind turbine technology and other so-called clean energy sources.

In the body of this website you can read about the dangers of this clean energy revolution. People mock me when I claim that coal is cleaner than solar and wind. However, the science is there if you care to read it. A solar farm is so shiny, and it has no smoke. How could this be bad for the environment? 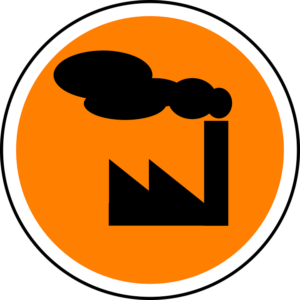 David Water’s column inadvertently addresses the seed I have been trying to cultivate. As we build more “clean” energy units, we are creating more and more toxic waste, polluting more and more of our water, and, because the Federal Government is not prepared for this new era, we are beginning to drown in this horror. As we speak manufacturers have more of this stuff than they can handle so it goes to unsuspecting places like Camden. Adding insult to injury, these metals are getting scarcer and the mining to reach them is going deeper and deeper. And let’s not forget, we are using gas guzzling vehicles to mine and transport these metals.

Make no mistake, there is no such thing as clean energy. In fact, man cannot make energy. We can only convert one form of it into another. All energy conversion is filthy. The tragedy is that America is grossly ill prepared to handle, recycle and make safe the disposal of this stuff. Adding insult to injury, we actually have the technology to keep our world clean.