For 50+ years inventors have been working to produce new, superior ion exchange media; that is to say media that does a better job of removing contaminants. In recent times the word green has been attached to products in an effort to attract buyers. The buzzwords capacity and cost per unit are also frequently entered into the sales pitch

Unfortunately for the end user considering these technologies the sales agent generally omits the most crucial, important, vital, technically pertinent aspect of all filtration media, and that is something called Flux Rate. Flux rate tells the customer, the engineer, the flow rate at which a media can be operated. It determines how much media must be used to fix a problem, it determines how eco-friendly a media is, and it determines if the media is even viable for an application.

The unschooled, inexperienced purveyor boasts of his capacity, in other words how much contaminants his media will remove. While this seems to make sense, in reality overall total capacity is a completely useless number without an associated flux rate. Let’s see why. 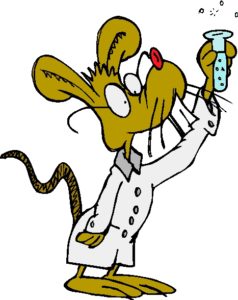 When designing a water purification system the customer is most influenced by time. The questions of how large of a tank do I need, how many gallons of throughput will I get before I have to change or regenerate the media must be answered.

Flux rate is expressed in terms of flow rate/unit of surface area. For example 5 gallons per minute (gpm) per square foot of surface area. Also critical to know is that a stated flux rate is dependent on the particular chemistry being treated. Flux rate in the lab versus customer A, verses customer B, are likely to be three different ratings.

Some engineers like to rely on something called Empty Bed Contact Time (EBCT) which tells the user how long it takes fluid to pass through a filter bed. This is a convention that professionals in the Activated Carbon industry like to use, but it is for all intents and purposes relatively useless in designing proper solutions to water problems.

All media has kinetic properties and can only remove contaminants at a given flux rate. So for instance, one could have a tank 100 yards tall, but only 16 inches in diameter. At 35 gallons per minute the EBCT might be 20 minutes, however the high speed of the flow across the media would render the media unable to remove contaminants. 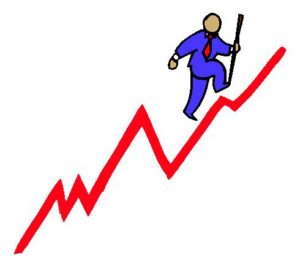 Manufacturing plants operate at fixed flow rates. The customer must achieve a quality of water at the output of the system that meets his manufacturing spec, or discharge limit. If the flux rate used is too high for a given media, the discharge quality will be unacceptable and that media will be deemed a failure. In effect, a media with a high flux rate and modest capacity, is in general going to be more desirable than a media with a high capacity and a lower flux rate,

How can this be, you ask? Let’s do a hypothetical.

Media A – 50,000 gallons capacity per unit/regeneration and operates at 2 gpm per square foot

Media B – 30,000 gallons capacity per unit/regeneration and operates at 16 gpm per square foot.

In the field, the customer will require 8 times more Media A to achieve the same flow rate as Media B. That means his choice is to design, purchase and install new capital equipment that is 8 times larger, or just regenerate his system more often and keep what he has.

The other fatal flaw with EBCT convention is that if we allow a solution to sit in a filtration media all day long, of course the capacity will increase, but industry and the environment does not have the luxury or space to soak contaminated water in tanks all day long waiting for magic to happen.

ALL ABOUT FLUX RATE VERSUS CAPACITY