It is always a challenge to have unbridled discussions on the topics of pollution, climate and environmental issues because people love to focus only on the science that supports their narrative.  For example, those who believe Solar technology is clean and efficient only consider the performance of the shiny panel out in the field. They ignore the tremendous amount of fossil fuels used in manufacturing, the destruction of land and water that mining for metals causes, the loss of energy in the DC to AC conversion, and the associated depletion of resources.

The guiding rule for assessing the overall impact a technology has on the Earth is something called a Mass Balance Equation (MBE). Wikipedia has a great definition of Mass Balance that reads this way;

“Mass Balance is an application of conservation of mass to the analysis of physical systems. By accounting for material entering and leaving a system, mass flows can be identified which might have been unknown, or difficult to measure without this technique.”

In common terms when comparing technologies to each other the MBE takes into consideration every bit of material, labor, time, natural resource, regulatory costs, transportation, Energy consumed, pollution generated, comparative utility produced, time and space required, and virtually every positive and negative impact from the very moment of a products inception, through manufacturing up to actual implantation in the field. 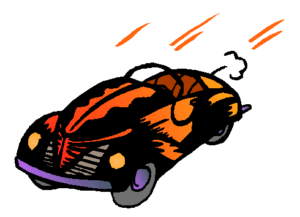 What the science student learns through MBE studies is that all processes, machines and reactions generally score the same when analyzed top to bottom. In other words, for every given util of product produced, all technologies are going to pretty much generate the same amount of pollution, and efficiency. The individual components analyzed will vary between technologies, but when all said and done, the laws of science pretty much render all technologies equal, just with different variables.

Enter Elon Musk and Tesla. Every one heralds the Tesla as a new, green vehicle ready for these climate-sensitive times. But as we look further, the use of 98,000 gallons of drinking water per hour, clearing of trees and other environmental indiscretions have a lot of people up in arms. But wait, I thought electric cars were green?

TESLA; NOT SO GREEN

When it comes to green energy, the old Fram oil filter commercial says it all; “Pay Me Now Or Pay Me Later”