Back around 2008, I worked for one of the major players in the water treatment industry, a company that since got sold and renamed. The branch I worked had a bean counter/business manager type that I shall call Big Dumb Foghorn Leghorn (BDFL). Prior to being hired he never worked in the water industry before. You can already see this blog won’t have a happy ending. 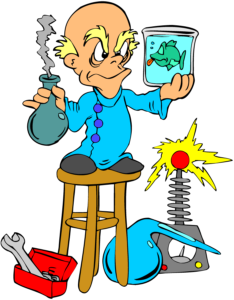 So, in that year I sold a top-of-the-line 60 gallon per minute Reverse Osmosis System to a major manufacturer of diesel engine related parts. The system had a very intricate, computer controlled Clean-In-Place (CIP) system that allowed a wide variety of cleanings, but also involved a lot of hose additions and valve changes to complete.

The customer wanted to operate this system and clean it in the very same manned that all traditional RO membranes are cleaned. To do so involved no modification of the equipment, but merely the addition of some pvc pipe and a couple of valves to the in house plumbing. The customer was going to absorb all costs of the changes. Again remember, that what they wanted to do, the company I worked for was already doing this same exact process to clean their other RO units.

Foghorn didn’t have any skills to make the right decision, so he let the engineer who designed this CIP system tell the customer that if they modified their own piping network, it would void the warranty.

At the end of the day, the customer opted to pay a restocking fee and send the unit back. Once returned to us, Big Dumb Foghorn Leghorn came up to me and said, “hey look, we made them forfeit their 35% up-front payment, and we still get to keep the equipment. This turned out great, the big dumb cartoon rooster celebrated.”

Meanwhile, the engineering firm who once trusted me, decided to buy $200,000 worth of RO equipment for another project but would not let us bid on it. The diesel customer told Foghorn to never come back to their plant.

I still shake my head in amazement of this stupidity.