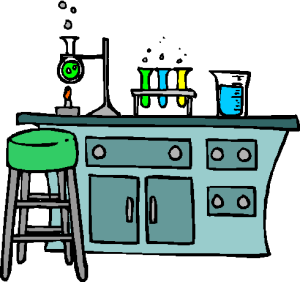 One of my readers asked me for my thoughts on a substance called Zeolite. I didn’t hesitate to jump in because these compounds are some of the most interesting in the world of water treatment. Zeolites are crystals comprised of the elements aluminum, silicon and oxygen. There are more than 40 naturally occurring zeolites, many synthetically produced specimens and even more theoretical compounds.

What makes zeolites popular is that they can simultaneously remove positively charged ions, like Calcium, Iron, Lead, and Chromium, and also remove dirt/silt/particulate matter to an effective degree.

The reason for this is because in addition to sporting negatively charged points of action on the molecule (yellow circles on drawing), there are also many channels and cavities between the constituents of the molecule. These open spaces serve as a trap, if you will for contaminants that can be filtered mechanically.

In the early-to-mid fifties zeolites were a very popular media to soften water. By flushing the zeolite with brine, the negatively charged action sites would hold on to the sodium ions (Na+). Then, in the presence of hard water, the zeolite would give up a sodium ion in favor of holding on to a calcium or iron ion which had greater electro-negative force. Once exhausted,  flushing with concentrated brine once again regenerated the media so that it could continue softening the water. A big competitor to zeolite is ion exchange resin. While more expensive than zeolite, it is more durable when it comes to continued regeneration over time. Because zeolite is so porous, it tends to slowly get plugged up with debris over time. This causes it to lose it’s capacity and of course it’s cost efficiency.

Nonetheless, zeolites have endless applications in the water filtration market. In home filtration products they offer a path to removing harmful contaminants like lead, in addition to sediment, at a lower cost and complexity than ion exchange resin. In industrial and environmental applications their use is limitless. They can be a fail-safe way to fix toxic contamination problems, and a cost effective way to filter nuisance contaminants that aren’t toxic.

As we speak the world of zeolite R&D and manufacturing is wide-open and full-steam-ahead.